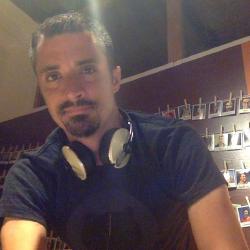 On behalf of the team and everyone who has contributed, I’m happy to announce that Spring Native 0.11.3 has been released and is now available from https://repo.spring.io/release.

This release includes 25 bug fixes, documentation improvements, and dependency upgrades with GraalVM 22.0, Spring Boot 2.6.4 and Spring Cloud 2021.0.1. Thanks to all those who have contributed with issue reports and pull requests.

On behalf of the team and everyone who has contributed, I’m happy to announce that Spring Native 0.11.2 has been released and is now available from https://repo.spring.io/release.

This release includes 30 bug fixes, documentation improvements, and dependency upgrades. Thanks to all those who have contributed with issue reports and pull requests.

On behalf of the team and everyone who has contributed, it is my pleasure to announce the release of Spring Native 0.11, which provides native support for Spring Boot 2.6. This ambitious release is the result of five months of hard work by the Spring team, who have been working on a brand new architecture to bring Spring support for creating native executables with GraalVM to the next level. You can already try it on start.spring.io!

Learn more about Spring Native 0.11 and see it in action in this new Spring Tips video from Spring Developer Advocate Josh Long.

On behalf of the team and everyone who has contributed, I’m happy to announce that Spring Native 0.10.0 has been released. It is based on Spring Boot 2.5 and GraalVM 21.1.

This release is packed with features, highlights include:

It also includes 43 bug fixes, documentation improvements, and dependency upgrades. Thanks to all those who have contributed with issue reports and pull requests.

Today, after one year and half of work, I am pleased to announce that we’re launching the beta release of Spring Native and its availability on start.spring.io!

In practice, that means that in addition to the regular Java Virtual Machine supported by Spring since its inception, we are adding beta support for compiling Spring applications to native images with GraalVM in order to provide a new way to deploy Spring applications. Java and Kotlin are supported.

Those native Spring applications can be deployed as a standalone executable (no JVM installation required) and offer interesting characteristics including almost instant startup (typically < 100ms), instant peak performance and lower memory consumption at the cost of longer build times and fewer runtime optimizations than the JVM.

On behalf of everyone that has contributed, I am pleased to announce that Spring Native for GraalVM 0.8.3 has been released and is available from Spring milestone repository, check the updated reference documentation for more details.

Spring Native for GraalVM provides an incubating support for compiling Spring applications to native executables using the native-image compiler, in order to provide a native deployment option designed to be packaged in lightweight containers. In practice, the target is to support your Spring application (typically a Spring Boot one), unmodified, on this new platform.

I would like to use the opportunity of our Spring GraalVM Native 0.7.0 release to give you a status update about our work on Spring Boot native images.

Native image provides a way to build and run Spring Boot applications with different characteristics than a regular JVM deployment:

As you would expect, native images are not a free lunch and those interesting capabilities come with a few drawbacks:

Obviously native image is a moving target and some of those characteristics are likely to evolve in the future. The Spring team currently collaborates actively with the GraalVM team in order to ensure Spring and more globally the JVM ecosystem integrated via Spring Boot works well when compiled as native images. This effort includes fixes and new features in GraalVM native, changes to Spring itself, but also additional work to improve testability and maintainability with this GraalVM native platform.

It is also worth noticing that the scope of native images is now wider than GraalVM since Mark Reinhold has recently announced Project Leyden, an effort to standardize native images at Java platform level.

I am happy to announce that Spring Fu 0.3.0 is available. As a reminder, Spring Fu is an incubator for Spring Boot programmatic configuration using DSLs in order to configure it explicitly with code in a declarative way, achieving great discoverability thanks to auto-complete.

This new milestone brings back JaFu (the Java DSL) in addition to KoFu (the Kotlin DSL). JaFu was removed in 0.1.0 because at that point, I had not the bandwidth to support both Java and Kotlin DSLs, and in term of API I was not sure that the Java variant was attractive enough to justify such effort, but I have changed my mind for various reasons:

Since we announced Spring Framework official support for Kotlin in January 2017, a lot of things happened. Kotlin was announced as an official Android development language at Google I/O 2017, we continued to improve the Kotlin support across Spring portfolio and Kotlin itself has continued to evolve with key new features like coroutines.

I would like to take the opportunity of the first milestone of Spring Framework 5.2 to give a status overview of where we are when it comes to Spring and Kotlin. And I will make my best to focus on concrete improvements since I believe Spring and Kotlin share the same pragmatic mindset.

I take the opportunity of a short stop between SpringOne platform where I gave the first talk about Spring Fu and Kotlinconf to give an overview of the evolution of this project, summarize the current status and share what could be the next steps.

Early June, I announced a new experimental project named Spring Fu, with the goal to experiment on a new kind of API to configure Spring applications using Kotlin DSL and functional configuration.

Today, I am proud to announce a new experimental project: Spring Fu. It is a @Kotlin micro-framework that makes it easy to create lightweight Spring-powered applications with functional APIs instead of annotations. We are looking for feedback. https://t.co/R15wJ1gD8K pic.twitter.com/ScljoPZ8rW