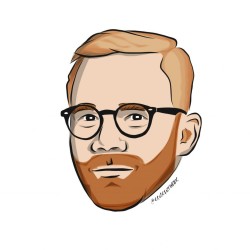 Oliver Drotbohm is Senior Principal Software Engineer at Pivotal, Java Champion and member of the JPA 2.1 expert group. He has been into developing enterprise applications and open source projects for over 12 years now. His working focus is centered around software architecture, DDD, REST, and persistence technologies. He is regularly speaking at German and international conferences and the author of technology articles as well as the first book on Spring Data.
Blog Posts by Oliver Drotbohm

I am excited to announce that Spring HATEOAS 1.4 GA has been part of the cascade of releases that lead to the Spring Boot 2.6 last week. The release ships a couple of new features and all bug fixes we have incorporated in the 1.3.x line. The most notable new features are:

On behalf of the Spring community I’d like to announce the availability of Spring HATEOAS 1.2.6 and 1.3.1. The releases contain general bugfixes and are scheduled for inclusion in the upcoming Spring Boot service releases.

For all users building hypermedia based API, I’d like to announce that we shipped Spring HATEOAS 1.3 M2. We ship two major themes with the release:

With Spring Data Lovelace just released in its generally available version last week, it is time to have a brief walk through the new features we have added. The release train is pretty packed with features. In this blog post, I cover the more general ones. Advanced, store-specific news is covered in the following blog posts:

On behalf of the Spring Data team, I’d like to announce the availability of the Lovelace RC2 release. This ships in preparation of Spring Boot 2.1 M2 and, of course, our own GA release mid-September. The release ships with 82 tickets fixed. You can find more details in the the updated and curated release wiki.

A pretty late but significant new feature has made it into the release: deferred repository initialization for Spring Data JPA. The feature allows your startup to use Spring Framework’s JPA background initialization option more effectively and can significantly cut down startup time. See the previewing example for details.

Last fall, a security vulnerability affecting Spring Data REST was discovered. We patched the affected modules and published a CVE. We’ve seen some recent news about this that’s led to confusion. Here’s the scoop:

On behalf of the Spring Data team I’d like to announce the eighth service release of the release train Ingalls. The release ships on top of the just released Spring Framework 4.3.12 and in preparation of the upcoming Spring Boot 1.5.8 released.

The release ships 42 (yay!) tickets fixed and is a recommended upgrade to all users of the Ingalls release train.

On behalf of the Spring Data engineering team I am happy to announce the general availability of Spring Data Kay. It’s the first major revision since Spring Data’s inception in 2009 and thus packed with tons of features. Here are the most significant ones:

On behalf of the Spring Data team, I’d like to announce the availability of the second milestone of the release train Kay. The release is an important step towards a second generation of Spring Data.

We’ve upgraded the majority of the codebase to Java 8, now also embracing e.g. Optional in method signatures. This mostly affects internal SPIs but also leaks into user code, especially in CrudRepository. The support for reactive Spring Data repositories has been extended to Couchbase (Thanks, Subhashni!), the Redis module has a reactive template API now. The release also ships support for IsEmpty and IsNotEmpty for derived queries and implementaitons of those for MongoDB and JPA. The aggregation framework in MongoDB now also supports streaming results.

On behalf of the entire team, I’d like to announce the availability of Ingalls SR1 and Hopper SR8 service releases. Both of them ship 77 issues fixed in total. As usual, service releases are bugfix ones and recommended upgrades for all users. The releases are going to be picked up by the upcoming Boot 1.5 and 1.4 services releases for your convenience.

The complete list of issues fixed for Ingalls SR1 can be found here, the one for Hopper SR 8 here.