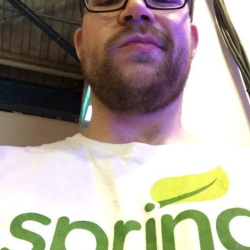 Josh (@starbuxman) is the Spring Developer Advocate at Pivotal and a Java Champion. He's host of "A Bootiful Podcast" (https://soundcloud.com/a-bootiful-podcast), host of the "Spring Tips Videos" (http://bit.ly/spring-tips-playlist), co-author of 6+ books (http://joshlong.com/books.html), and instructor on 8+ Livelessons Training Videos (http://joshlong.com/livelessons.html)
Blog Posts by Josh Long

Hi, Spring fans! In this installment we dare to be boring with YugabyteDB, a distributed database that just works. It’s a database that feels like PostgreSQL but scales like Apache Cassandra.

NOTE: Hi, Spring fans! This is a guest post from Sean Li, our friend at Microsoft

I am pleased to announce that Spring Cloud Azure 4.0 is now generally available. With this major release we aim to bring better security, leaner dependencies, support for production readiness and more. Version 4 represents a significant milestone in our product roadmap that we couldn’t have delivered without the collective wisdom of the Spring community and customer feedback. On behalf of the Spring on Azure product team, thank you for making this happen!

Aloha, Spring fans, from beautiful Maui, Hawaii, where I am with my family on a bit of vacation. It’s our daughter’s Spring break and so we’re enjoying the family time while we can get it! I wanted to take a brief interlude in between the never-enough time on the beach and all the rum to get this week’s installment out for y’all, so let’s dive right into it!

It finally happened! They did it! They did it just in time for me to get on the road and start building applications on the road with my shiny new laptop, too! JOY!! Oracle and the GraalVM team released GraalVM and the GraalVM native image capability for Apple M1! I’ve been waiting for this day for so, so, so long! I bought the first Apple M1 the day of the announcement way back in 2020 (does anybody remember that far back? That was, meteorologically speaking, the early pandemic period).

Apple’s M1 devices are insanely fast, energy-efficient beasts of machines that run circles around all but the beefiest and latest-and-greatest Intel/NVidia configurations while also consuming a pittance of the power that other configuration does. In short, I’m a big fan. But the move to this new architecture hasn’t been without its troubles.

Hi, Spring fans! In this installment we look at how to use Spring’s AbstractRoutingDataSource to build multi-tenant JDBC database code.

Hi, Spring fans! Welcome to another installment of This Week in Spring! Spring time is here! Astrologically and meteorlogically, speaking, of course. I love this season. Longer days, greener grass, bluer skies, and more. Next week, my family and I are headed to Hawaii for some much-needed R&R while my daughter has a week off from school. (It’s hard to believe she might be going to college in another state in 18 short months! We need all the family vacations we can get together! T_T)

As always, we’ve got a lot to look at today, so let’s dive right into it!